Public engagement is about giving people a voice in the decisions that affect them – but what if we don’t believe our voices will be heard?

That’s the question my colleagues and I set out to answer in the 2019 Argyle Public Relationships Index™, our annual study with Leger Research, which examines the quality of relationships between organizations and the public.

In the last three years, we’ve examined Canadians’ relationships with airlines, banks, telcos, grocery retailers, and sports teams. This year, we look at one of the most essential relationships of all: the way citizens engage with those who govern our cities and towns. 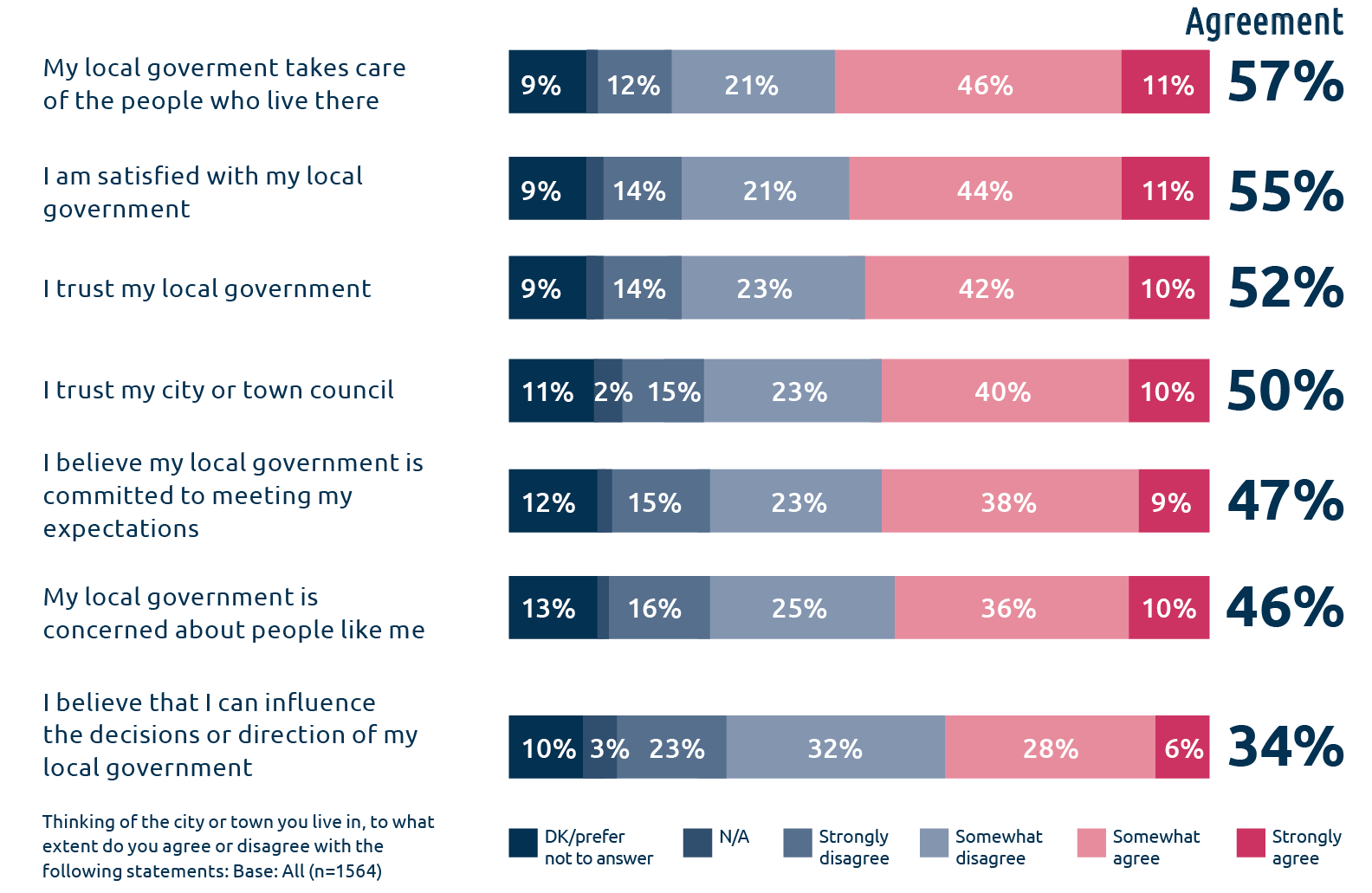 In other words, there’s a sense that local governments care for us, but could care more about us – and give citizens and communities a much stronger voice in the decisions that affect them.

When it comes to building relationships with the public, some cities are doing better than others.

At the regional level, including all municipalities, Atlantic Canadians and Quebecers have the most positive overall opinions of their local governments.

A clarion call for public engagement

This study is a clarion call for more public engagement – particularly from new Canadians.

A clear majority (58%) of Canadians are interested in having a relationship with their local government. This interest soars to more than two-thirds (68%) among people born outside Canada.

The opportunity is compelling. Survey respondents indicate that having a relationship with local government makes them more likely to vote (73%), feel a sense of belonging (67%), comply with by-laws (63%), support government decisions (61%) and participate in civic engagement (59%). These are outcomes worth pursuing. 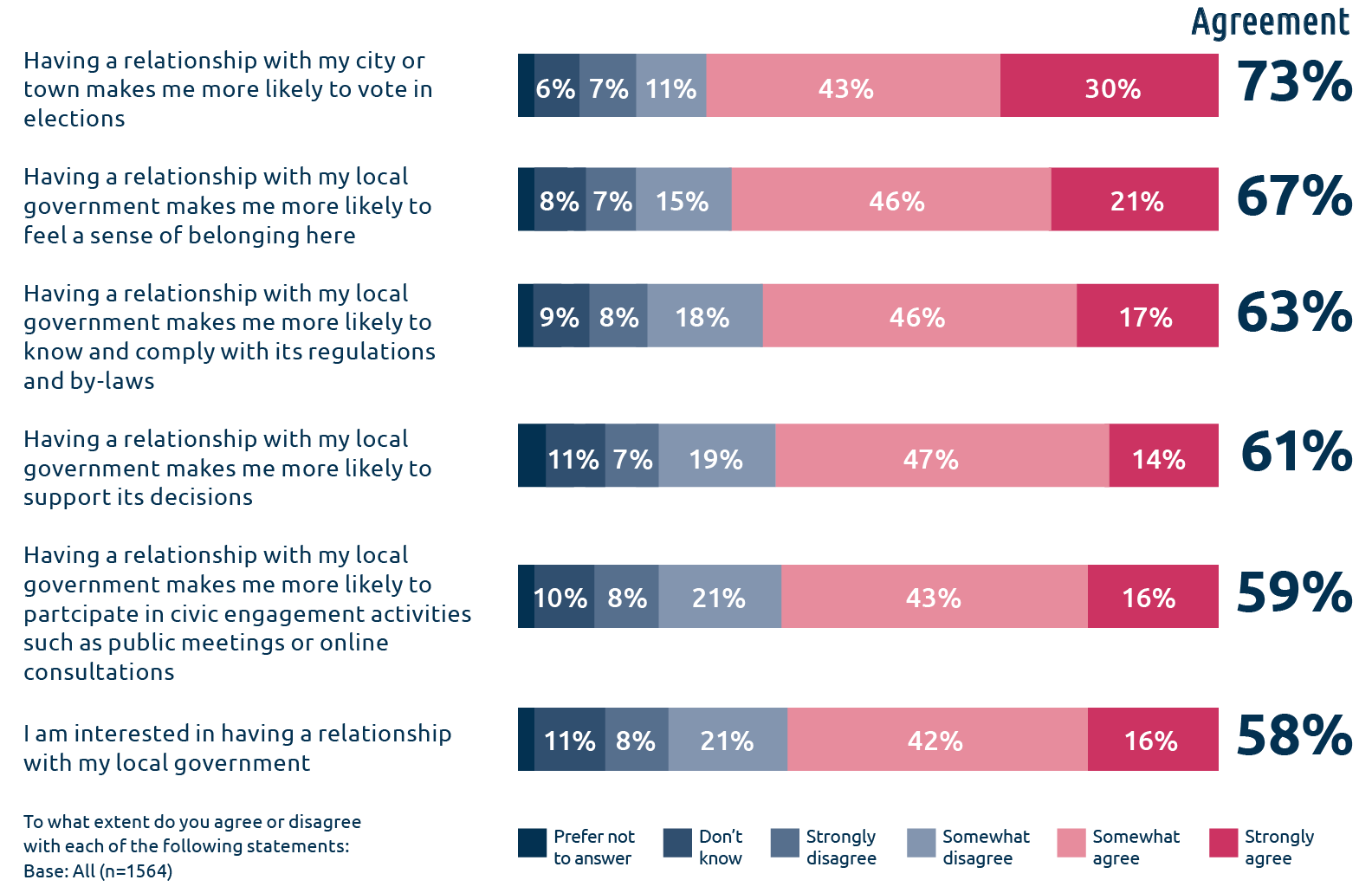 Canadian municipalities need to listen to and respond to the public desire for a relationship with their local governments. If they can build on the moderate satisfaction they enjoy today, and show people they genuinely have a voice in local decisions, our democracy will be stronger – and so will our communities.

Public relations research suggests there are six dimensions of relationships between brands and their publics: trust; satisfaction; perceived commitment to meet expectations; caring for customers (“exchange relationship”); concern for people like me (“communal relationship”); and people’s perception of their ability to influence the brand. Argyle expresses its appreciation to Dr. Alex Sevigny of McMaster University for his counsel in the development of the model for the study.

Want to ignite a discussion or contribute to the discourse?