Argyle’s partners are excited to announce that we have joined Believeco:Partners, an independent owner, operator and builder of the foremost marketing, communications and engagement agencies in North America.

Alongside Argyle, which continues as a partner-led engagement, communication and reputation agency, our clients will benefit from the services of Believeco, our new full-service marketing agency. Argyle continues to be a proud partner of Castlemain, the leading advisory firm serving Indigenous nations, peoples and communities. Together, these partner-led agencies comprise more than 300 professionals with offices across North America. Together, we aim to transform the North American communications and marketing landscape - while remaining proudly owned and led by practitioners.

It's the best of both worlds for our people and our clients: the leaders, teams and values you trust, driven by the same purpose, with exciting new partners and vast new resources, including an investment from the Canadian Business Growth Fund.

Find out more at believecopartners.com.

#KeeptheGrey: Is turning news into a branding opportunity risky or rewarding?

Introducing Let’s get Real, an Argyle USA series where our team provides quick and actionable insights for protecting your reputation in a fast-evolving risk landscape.

We’ll begin by evaluating a reputational RISK for businesses, exemplified through a recent news EVENT. Then we will provide an ANALYSIS of the reputational impact, citing findings from Argyle’s Data Intelligence team and close with LESSONS (together, R.E.A.L.) that leaders and organizations should consider. 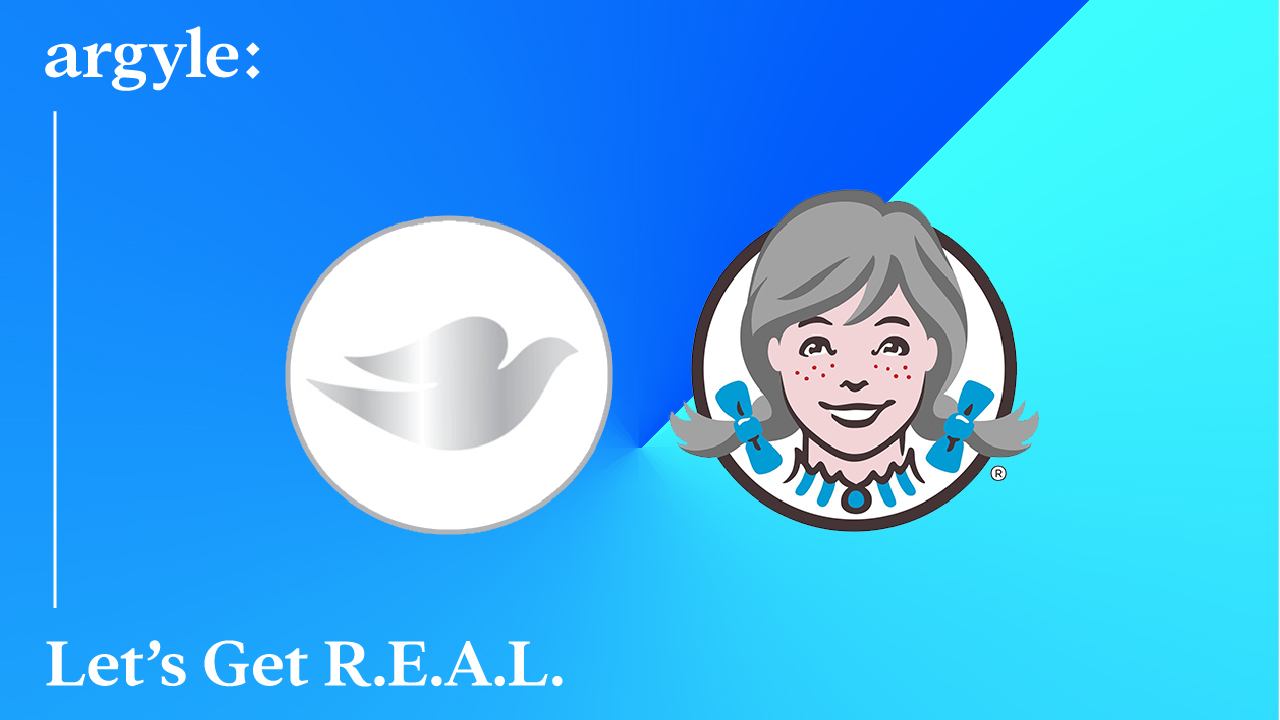 Environmental, Social and Corporate Governance (ESG) is a priority for many organizations. But the intention, value, measurability and impact of these initiatives are being increasingly scrutinized by customers, leadership figures, regulators, and investors. Speaking out about a social issue may be a genuine expression of an organization’s values and commitments. It may also be a reaction to public pressure (the bandwagon effect) or an opportunistic tactic. Discerning between the two is important to consider – particularly when companies’ positions take the form of a socially driven marketing campaign.

As a result, leaders and enterprises are often left to ask when and how they should take a public position. What should an organization consider when choosing to speak out about a cause? What is the difference between brand activism and true and corporate purpose?

For guidance, let’s look at two companies that recently took a stand against gender discrimination and ageism in proactive public ways.

On August 15, 2022, acclaimed Canadian journalist Lisa LaFlamme announced that CTV, the national news channel where she anchored the evening news broadcast for 11 years, laid her off unexpectedly. The news took many by surprise, after LaFlamme’s 25-year career at the network. She is highly regarded as a top journalist in Canada and widely recognized as the anchor of one of the country’s most watched telecasts. Rumors and allegations swirled that LaFlamme was laid off in part because she stopped dyeing her hair during the pandemic.

In the weeks that followed, Dove Canada launched a marketing campaign supporting women “going grey.” Wendy’s Canada later joined in the conversation with a similar brand activation. The initial public reaction to these campaigns was positive, but the internet began to question the brands’ sincerity. A debate took flight across the country: were these companies just trying to seize a marketing opportunity or did their values really align with the issue?

Large brands have significant power and influence in advancing public conversations about social issues that impact their stakeholders and society. But in the weeks since campaigns launched, the companies have largely gone silent on the subject. This is indicative of a marketing play that seeks to produce a singular moment or splash, rather than generating sustained momentum towards societal change.

Digging a little deeper into online data, we see that social activity for both brands was positive at the beginning, before turning sour. Dove – the first mover – saw more time with a higher share of positive activity, with negative conversation gradually emerging over time.

While Wendy’s generated significantly more activity for its entry into the #KeepTheGrey conversation from the start, it precipitated a simultaneous and sharp negative shift in the conversation overall.

Why? For Dove, #KeepTheGrey was not only a natural extension of a beauty and personal care brand, but also, a natural progression from an established social strategy in the form of its Self-Esteem Project. For Wendy’s, on the other hand, there was no clear or meaningful connection. The move seemed random and opportunistic for a company in the business of selling hamburgers. In other words, while Dove was able to drive and sustain a public conversation about how beauty standards continue to impact women in business, Wendy’s action appears to have distracted from that discussion, morphing it into a debate about the authenticity of the brand’s motivations.

By the time conversation died down, the general theme shifted from a unifying support for a meaningful conversation to skepticism about why brands got involved in the first place.

The steps you take in relation to social issues must ring true to your brand ethos and actions to generate value. This is true both for your reputation and your bottom line. 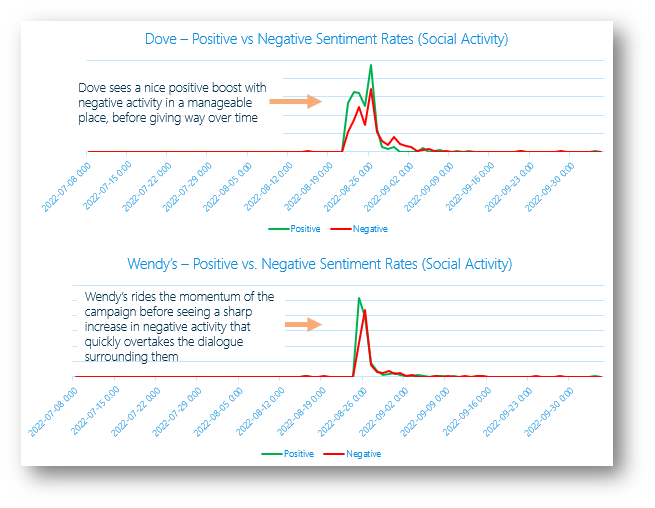 The steps you take in relation to social issues must ring true to your brand ethos and actions to generate value. This is true both for your reputation and your bottom line.

1. When brand activism aligns with corporate purpose, the action is not only more authentic but often has an increased impact. When the activation is a purely marketing, the risk may be higher than the reward. Dove benefited from an initially positive runway because the campaign aligned with a well-established commitment to increase women’s body-confidence and self-esteem by advocating for “real beauty.” When Wendy’s joined the campaign, sentiment soured quickly due to the dissonance between who they are, and the issue at hand.

2. Take the time to develop your long-term campaign strategy. While it was impressive that Dove jumped into the conversation so quickly, the company later faced criticism for the fact that not all their imagery featured women with grey or white hair.

3. Be prepared to back it up. Both companies also faced criticism for the lack of women and diversity on their corporate leadership teams. In an increasingly critical and even polarized environment, taking a stand on a social issue often invites scrutiny. Any existing internal reputational risks should be weighed before going public with a campaign.

4. Don’t activate temporarily on important issues. Both brands have gone silent on this issue, with Wendy’s reverting back to its original logo, signalling a complete departure from the campaign. The silence and transactional nature of the move further proves that the campaign was an opportunistic play rather than a genuine one. While the lack of follow through is not significantly damaging on its own, it is not without reputational risk if your commitments ring hollow among consumers and customers.

5. If you stand for everything, you stand for nothing. Take time now to understand not only your business objectives, but your values as a company. This will help you determine when to devote time and resources to a cause in a meaningful, long-lasting way.

Every relationship starts with a conversation. Drop us a line and let’s talk.